The concept of Hibiya Palace is "Jardin d'hiver" (Winter garden).
Hibiya Palace reflects Hibiya Park's essence. Its interior is warm and cozy in all seasons.
The windows are large, so you can enjoy the beauty of the park while savoring your meal.
The interior has been designed by a french designer to reminds us the beauty of Hibiya park inside the restaurant, so you can enjoy a gastronomic meal inside the woods. 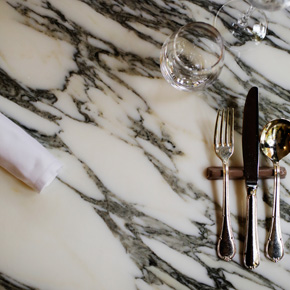 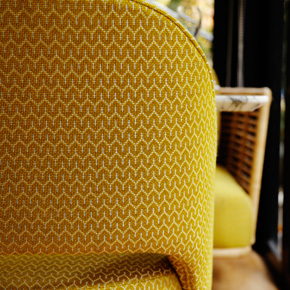 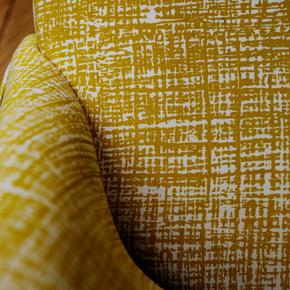 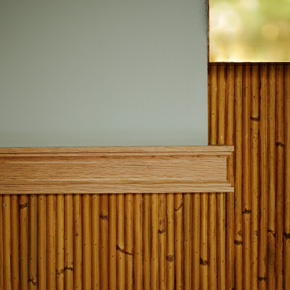 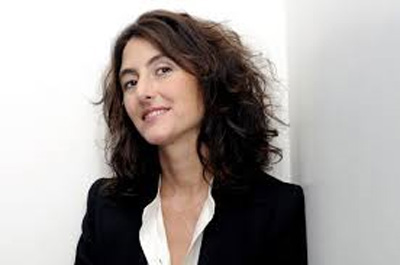 Charlotte is a French interior designer working worldwide.
She collaborated with Sylvain Debuisson after leaving Camondo school in 1998 and before joining India Madhavi’s agency, where she became artistic director in 2009.
Firmly embracing the pure tradition of great French interior designers, Charlotte Biltgen designs for each setting, creating an individual decor for each bespoke project without repeating a signature look.
She designs seats and accessories mentally envisaging an atmosphere that is still in the throes of being created, with a slightly obsession for good materials and the perfect finish.
She started her own business “ Ame “ in 2014.
Her main creations are Monte Carlo beach in Monaco, Jean-francois Piege in Paris, Hotel du cloitre in Arles and Thoumieux in India, Mahdavi.

At Hibiya Palace, you can refresh your mind by experiencing french cuisine surrounded by nature.
We serve healthy dishes made from fresh ingredients, and designed by our Grand chef Armand Arnal.
You can enjoy your meal at a table inside the restaurant, or outside on the terrace, to relax under the warm sunlight.
No matter what you chose, we hope you spend a wonderful time in our company.